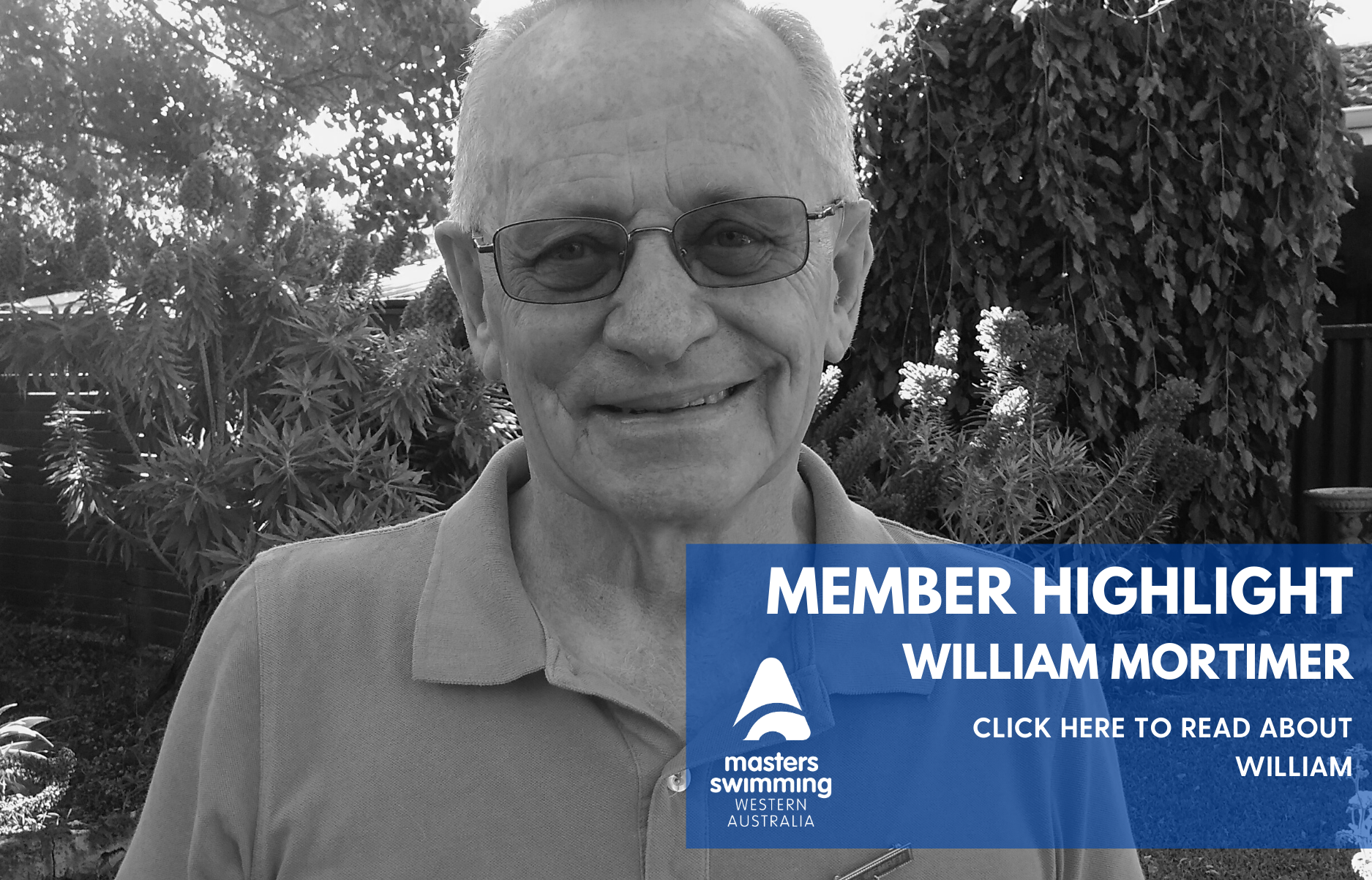 Bill Mortimer has been an essential member of Belmont Masters since he first joined in 1995. Bill has been involved with swimming and pools for most of his life, working as a pool manager in Kellerberrin and providing years of service to Belmont Masters. In the 24 years of his membership, he has only spent 4 of those years off of the committee.

He has been the first to volunteer for Bunnings Sausage Sizzles where he has been responsible for cracking the whip many times to raise funds. Bill has also been chef and bottle washer for many club functions, and is responsible for many expanding waistlines at Belmont Masters.

When being presented with his Life Membership, Bill was described as being a “fantastic club member” who is “so highly valued” by many at the club.

Bill embodies the Masters Swimming motto of “Fitness, Friendship and Fun” and is an absolute asset to the club.

The Timeline of Bill Mortimer

Do you have a member or a club story you would like to highlight? Please submit your stories here.