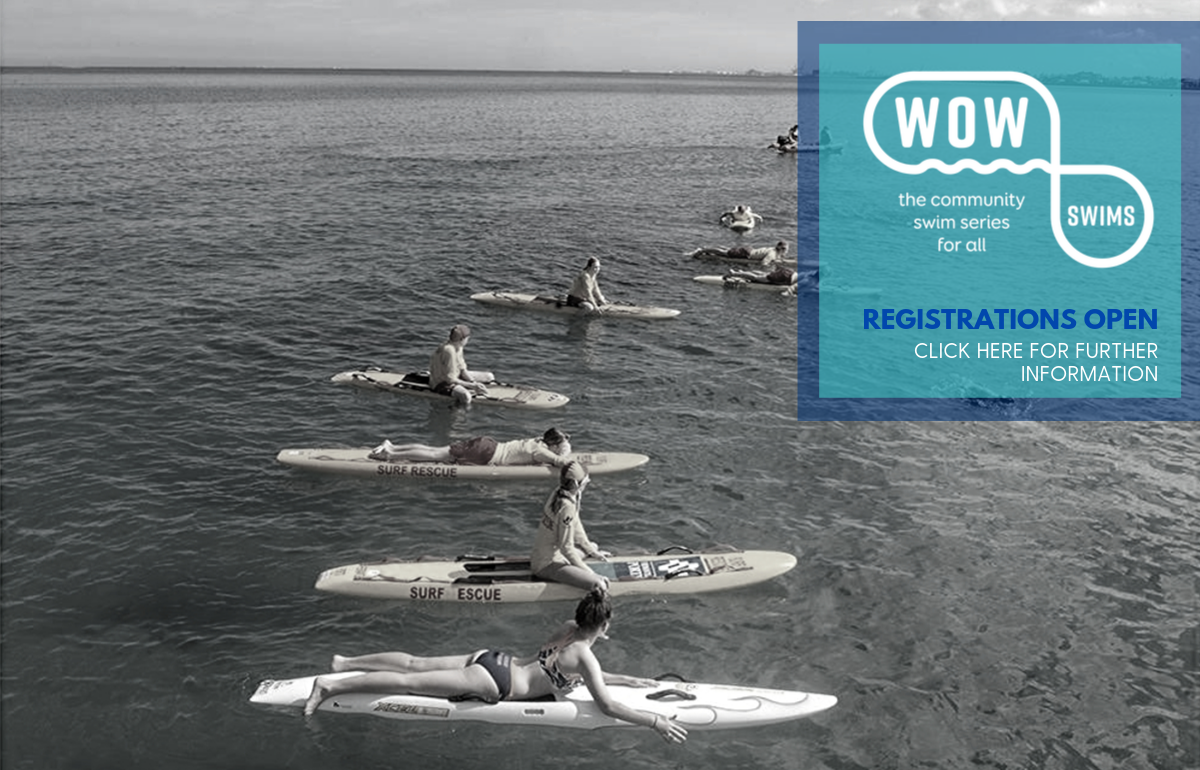 Registrations for the WOW Swim Series are officially open with the first event happening on the 10th of November. There are courses ranging from 250m to 10km, so there is a swim for absolutely everyone regardless of age or ability! There are seven swims in the series, each offering a unique open water experience.

The first swim of the season is the Lake Leschenaultia Swim, hosted by Maida Vale Masters, on the 10th of November. It has a range of distances and provides an opportunity to try open water swimming in a calm, wave-free environment.

The second swim is the Fremantle Ports Swim Thru on the 14th of December, and was the first open water swim in WA. It was established in 1922 and the event was restarted in 2003.

Following Fremantle is the famous Christmas 10k at Coogee Beach which acts as a Rottnest qualifier and is unique as swimmers are able to use their own paddlers.

The fourth swim is Swim Thru Perth which is Australia’s oldest open water swim, first held in 1912. The shorter distances are hosted in the calm waters of Matilda Bay and a range of distances are offered from 250m to 3.5km.

The Mandurah Australia Day Swim is a great way to kick start your Australia Day celebrations! The swim takes place in the shallow, beautiful waters of Doddi’s Beach.

The sixth swim is the recently introduced Mullaloo Mile which is back by popular demand. One wave is dedicated to Masters members to compete in the LiveLighter Masters Swimming Open Water State Championship.

Last but certainly not least is the Coogee Jetty to Jetty swim which is one of the most exciting and popular swims. Be sure to register as soon as it opens as it has sold out for the past three years!